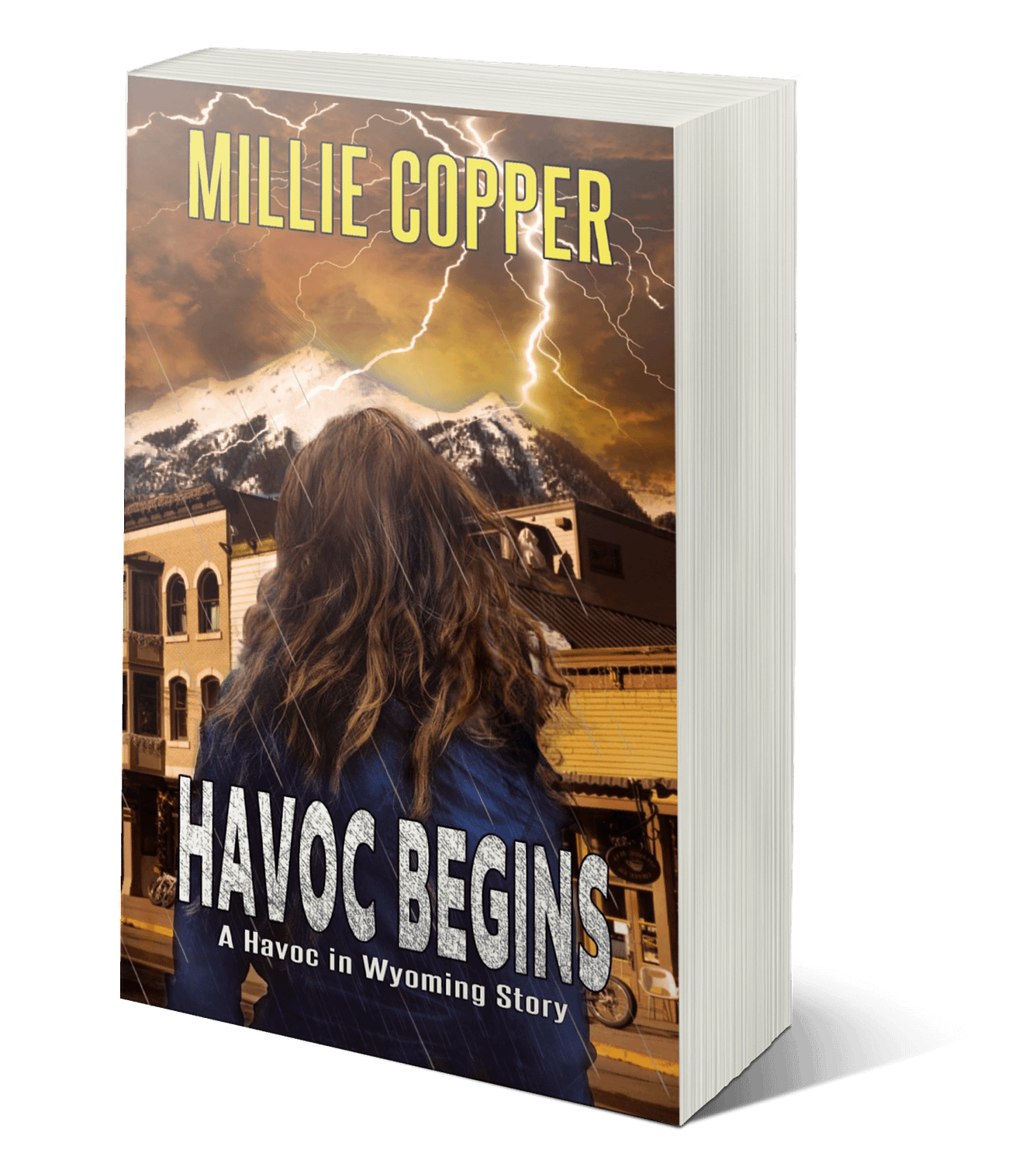 A Havoc in Wyoming Story

When the worst thing that can happen happens, will you be able to survive?

Laurie Esplin is spending summer break from college in her hometown of Wesley. As far as she’s concerned, this small town–full of kind people–is just about heaven on earth. Her fiancé Aaron makes it even better. When a series of terrorist attacks happen, Laurie is concerned but is positive they’re safe in Wesley.

As the small town she loves spirals out of control, madness and mania seem to take over. And Laurie isn’t immune to the lunacy. She struggles to cope with the new reality they are now living – both physically and mentally. Can Aaron provide the stability she needs as her mental illness takes over, while still keeping them safe in this chaotic new world?

Havoc Begins is a standalone story set in the world of the Havoc in Wyoming Christian Futuristic series. If you like mysterious apocalyptic events, fast-paced adventure, and plausible situations, then you’ll love this page-turning series.

Download today and discover why readers love this twist on the Post-Apocalyptic genre!

The Havoc in Wyoming series has been described as “Cozy” Apocalypse and contains no profanity, gratuitous sex scenes, or overly detailed gruesome death scenes. However, it does contain conservative family values and references to God, prayer, scripture, and Christianity. Because of the mental health issues tackled in this book, it is considerably less “cozy” than previous stories and is recommended for mature audiences. This is written from Laurie’s point of view, and you will be inside her head as she contends with thoughts of self-harm.

Books in the series and suggested reading order:

This page may contain affiliate links. As an Amazon Affiliate, I earn on qualifying purchases. Please see our disclaimer for more information.

Receive a complimentary copy of Wyoming Refuge: A Havoc in Wyoming Prequel. As part of my reader’s club, you’ll be the first to know about new releases and specials. I also share info on books I’m reading, preparedness tips, and more. 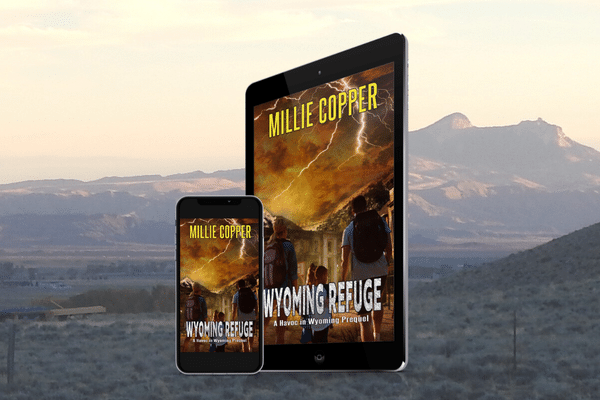